Frameless shower doors are staples in high-end spas and hotels because they’re chic and stunning to gaze upon. These glass doors give an unobstructed view of a shower’s beautiful tile work and its sleek plumbing fixtures. And they promote the sense of fluidity and create the open floor plans that modern interior design is known for. Not only are frameless shower doors aesthetically pleasing; they are also easier to maintain than their framed counterparts. If you’re preparing to remodel an older bathroom, consider upgrading to frameless shower doors. Your local glass and window company near Campbell can help you plan, design, and install your new glass shower doors.

Many people often view bathrooms as sanctuaries—intimate spaces that can allow a person to feel relaxed and rejuvenated. Design-conscious homeowners tend to choose shower tiles, wall mirrors, fixtures, and glass shower doors that mimic those found in luxury spas, creating private retreats within their homes. Though a glass partition is transparent and may disappear when used in a room, a frameless shower door can actually be a striking focal feature and conversation piece in your bathroom.

Your Bathroom Will Seem Larger

Smaller bathrooms look larger than they really are with frameless shower doors. Framed shower doors have a tendency to compartmentalize a bathroom, effectively creating what looks like a room within a room. Solid glass doors carry little visual weight—they effectively open up spaces and add to their flow.

The glass used to make frameless shower doors are up to a half-inch thick, which makes them highly durable and shatter resistant. Framed shower doors can be rather flimsy and can be prone to cracking, chipping, or breaking.

It Will Take Less Time to Maintain Your Shower

A frameless shower door is basically a single slab of glass, making it exceedingly easy to clean. Since frameless shower doors are manufactured without metal borders, they are free of parts that can rust, dent, or fall off. Some glass shower doors slide on tracks that have grooves and valleys that can allow water to sit, which promote mold and mildew growth. They are also harder to clean and keep clean. 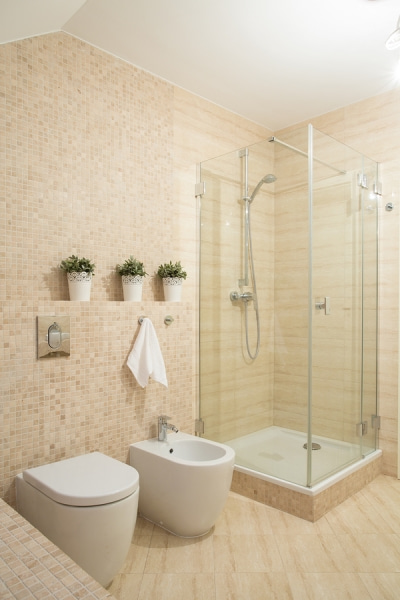 Patio doors are designed to provide easy access between your indoor spaces and outdoor living areas. With the summer season just around the corner in…

The spring season has arrived, and now is a great time to plan home improvement projects for the current season. From mirrors to patio doors and…

Read More
Search Our Blog
Categories
Back to the top